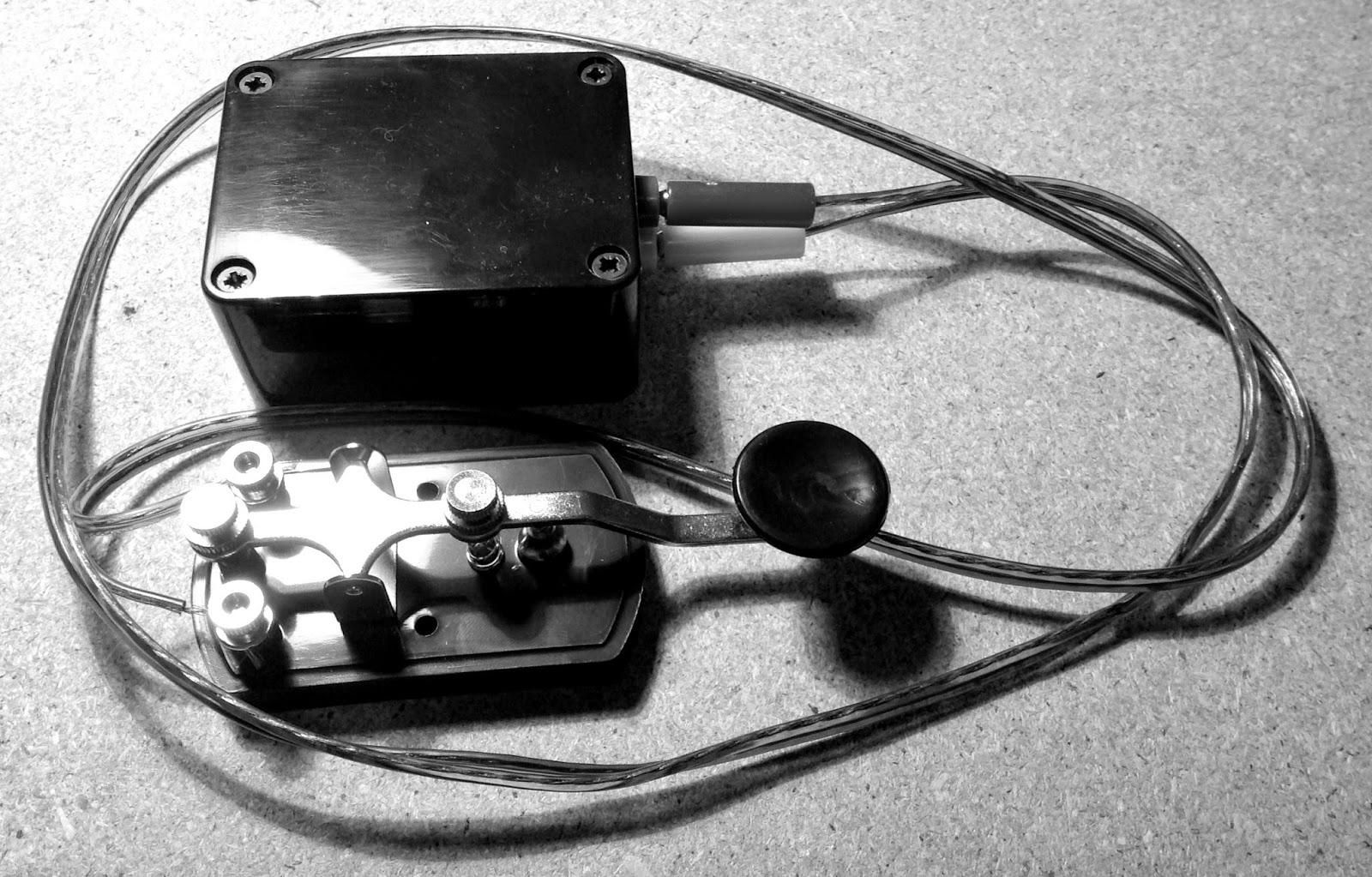 I had my maker head on yesterday and made a small buzzer for my morse key.

It has to be the simplest circuit ever. Just a couple of AA cells running a 6v buzzer and both of the open ends terminating at a couple of banana plugs. The circuit is made by the morse key and it goes buzz. It's not quite a clean morse tone but it'll do as I get used to listening to the letters instead of decoding them in my head.
It's all housed in a little project box and is nicely portable so that I can practice anywhere that the mood takes me.

It's certainly not the best buzzer in the world but I made it so it's better than one I could have bought.

Posted by MikiStrange at 3:42 pm