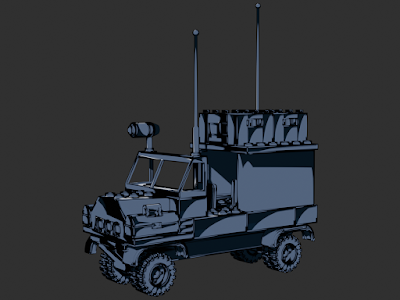 This weekend I have mostly been playing with "Toon" shaders in Blender.
The Toon shaders give a model a more comic look which is very different from the photorealistic render of the last blog post.
I followed a YouTube tutorial to create the above shading and I'm pleased with the results. It looks quite sketchy which is the kind of effect I'm after. I've always wanted to make my own comics. Just short 3 panel things that reflect short instances in my life. I have enough experience with LeoCAD to build scenes and put Lego MiniFigure people in them to represent people I know. I'm even considering taking photos of friends and creating vector representations of their faces to add to the MiniFigure heads, just so that people recognise themselves.
It's all down to building the scenes now which will be a lot of fun.
You never know, you might spot yourself in one of my comics.
Posted by MikiStrange at 3:40 am