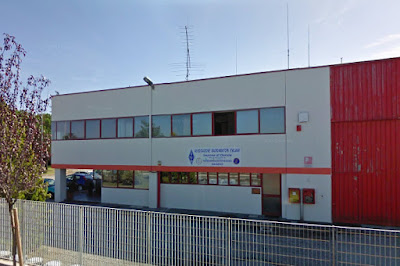 After I fell out of love with Ham radio it's the thing that has got me interested again. I always saw Ham radio as a challenge and after getting my Foundation license it failed to be that. All the dull chat about what radios people had just wasn't what I considered communication. I went back to SWLing and after a while got FLDigi running and started listening to data modes. It was then that I decided that being able to listen to Morse without FLDigi would be good so I started learning.

All work and no play etc etc meant that I needed a distraction when not immersing myself in dits and dahs. I started listening to PSK31 and decoding with FLDigi and it was good fun. Long distance contacts were being made with low power and even with my dodgy split long wire I could still pick up distant stations. The thing was that without a data interface I couldn't transmit.

Anyway, last week someone told me that keying my mic while pressing it against a speaker would work and indeed there was plenty of testimonies on the web saying it had worked for them. Challenge on!

With a bit of audio re-routing I got together a small set-up and gave it a go last night. Nothing.
This morning though it did work and the building in the picture above in Italy was where my signal got through to, some 806 miles away.
So there we go, some down and dirty fun with data. It certainly has me interested again and I like the Heath Robinson approach I'm using at the moment.

Ham radio for me is once again a challenge.
As it should be.
Posted by MikiStrange at 12:08 pm