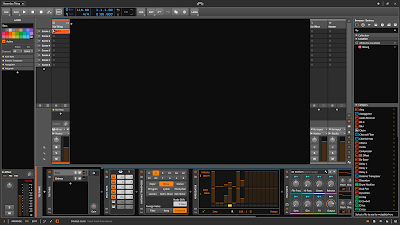 Sometimes I think that a little ignorance goes a long way. Take the example above. If I'd known exactly what I was doing I'd have missed this serendipitous opportunity. There would be a preset saved somewhere without an idea to utilise it. I have learned something along the way and that will pay off at some point in the future but simply messing around a bit has actually got me somewhere.
It'd be a good thing if we could all do something that required us to just have a go without having to learn and follow the rules.
Life has too much regulation already.
Posted by MikiStrange at 1:19 am