I've got some new luggage.
One of my presents this Christmas was a pair of Ortlieb roll top panniers. In my opinion Ortlieb is the best bike luggage there is. I also found and fitted my Altura handlebar bag. With everything in place my rear rack is freed up to add more luggage. I feel as if I could go for weeks with my bike carrying everything I need. I'll probably never do that but the option is there in case I fancy an adventure.
That makes me happy.
Posted by MikiStrange at 1:55 pm No comments:

A couple of hours ago I went to my local Apple store in Leicester.
I wanted a black 4S 16GB and I thought the Apple store would be the best place to get one. OK, so I know it's near Christmas and all that but when I was told they hadn't got any I was a bit surprised.
Why? Well for one, footfall in shops is up 20% this year but people are spending less and holding out for the sales. I found this data easy to come by but a global company like Apple hadn't. Maybe if Apple stocked more of the cheaper iPhones they'd sell a few more. The second thing that surprised me was that the salesperson didn't ask if I'd bought from the company before. Asking this they would had found out that I had and that they had my email address and they could send me details when they had some in stock. Thirdly, the salesperson went straight into the "We have the more expensive models." routine which instantly put me off. There is no way I'm spending £100 more because they think that I have to have one of their phones for Christmas.
I came home and bought what I wanted online. I'll only have to wait a couple of weeks. No big deal.
As a side note Carphone Warehouse got a stock of the same phones this morning. How did they manage when Apple so clearly failed?
Goodbye High Street. The affair is over.
Posted by MikiStrange at 2:33 pm No comments: 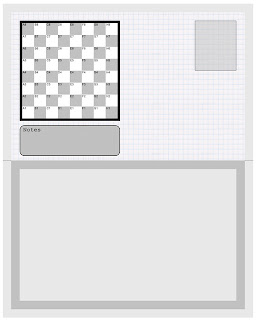 I've started playing chess again.
If I get a few spare minutes I'll open one of my chess programs or apps and play a few moves. I'm not very good but I enjoy playing all the same.
One thing I've always liked the idea of is correspondence chess. I know this can be done electronically these days but the idea of posting a card and waiting for a reply seems like a much more sedate and enjoyable way of playing. This appeals to me. I've decided that once I've got a decent chess set to sit and contemplate, which is a few months away, I'll throw out an offer into the ether and see if anyone wants to play. It's something to look forward to.
If you're interested then keep an eye on my blog next year. I'll put up a few basic rules. I'm aware that an official body is already in existence for this kind of thing but I'm not one for joining clubs.
One to one is fine and as complicated as it needs to get.
Posted by MikiStrange at 10:56 pm 5 comments: