I have decided that it is time to launch the "Disturbing Postcards" writing project.
The basic premise is this. I send postcards to people with a message that is pure fiction. A message that is sure to confuse, beguile or perplex the recipient.
It's all in good humour but with leanings to my darker nature and my ability to compose utter rubbish.
I'll keep you posted on this blog.
Should you wish to receive a postcard from me, just send me your address. Emails to me at mik (at) mikistrange (dot com).
Why not join in.
Posted by MikiStrange at 11:09 pm No comments:

This is an open letter to those that are waiting for a reply instead of using the time to reply to others. It's also a warning of the online world to come.

Posted by MikiStrange at 11:02 pm No comments: 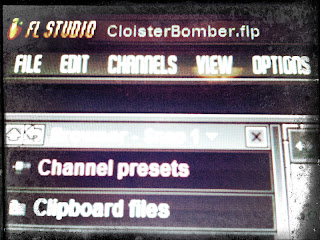 Spare time is hard to find these days.
What with my weekday job and now the DJing I'm a busy fellow.
I think it was on Thursday that I was messing around with NanoStudio on my iPhone when I found a sound on one of the synths that I liked. It was a sequence of notes. I have a synth in FL Studio that I can program sequences into so I've nicked the note sequence from NanoStudio and dropped it into FL Studio and there we have the beginning of a track.
It's also made me think about using keys and modes to make sequences. Writing in key is something that I did as an experiment a long time ago and the results were pretty good. Using key modes on top of that will give me more options to play with. I'll start that process soon but for now 'Cloister Bomber' as it is known will just have to go with the flow.
I'm happy enough with that method.
Posted by MikiStrange at 2:27 pm No comments:

I like Radio 4.
What I do hate is Womans Hour. There seems to be some kind of competition running to see how many times a week they can mention cancer or failing that death will do.
Everything is turned into an issue for women regardless. Today the presenter asked her guest "Is wearing a trouser suit trying to be like a man?"
Well the answer is 'No' and if I were a woman I'd feel pretty insulted by the question.
The whole show should be written off as an outdated concept.
I'd love to see it go.
Posted by MikiStrange at 10:42 am No comments: 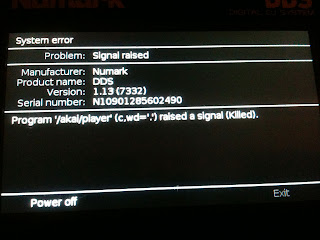 This is just a short post.
I've sent an error report off to Numark, downloaded a few new tunes for the weekend and to add this blog to my Digg feed I need to add this next line of text.
Here goes nothing.

Posted by MikiStrange at 10:21 pm No comments:

Sounds Good To Me

Well that's the second weekend of DJing over.
I made a few adjustments. The EQ is sorted now as is my booth monitoring. The mixes tonight were much sharper so I'm glad I made the effort to dig out the small PA amp and the ancient but decent Philips speakers.
I'm planning on introducing a bit of vinyl next week so the sets will sound different again.
Since updating the firmware on my DDS yesterday the unit has developed a shutdown problem so an email to Numark will be sent tomorrow. Luckily I got a photo of the fault screen so that will help. That aside is been a good weekend for my return to DJing.
A triumph.
Posted by MikiStrange at 2:04 am No comments: 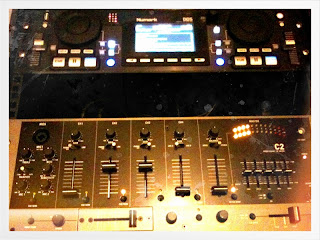 Now That's What I Call Short Notice!
I've had just over a week to get a playlist, some kit and some practise together.
It's been over two years since I last DJ'd. The kit I now have is basically the same equipment but up to date. In all honesty it took me longer to put everything in the flight case than it did to know what I was doing and get my fingers skimming over the controls. I'll have a bit of time tomorrow to get a crate assembled, I've got plenty of new tracks that need filtering. It'll take me a few weeks to get to know them by name. What I do know is that I've found some great tunes this week.
It'll be good to feel the adrenaline rush again, it'll be good to be playing instead of drinking on a Friday night.
Apart from the Red Bull that is.
Posted by MikiStrange at 10:57 pm No comments: