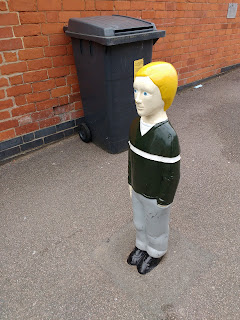 There are some people that do bad things. Very bad things.
The people that do bad things like to communicate in secret. The UK government would like to stop the bad people doing that and so they want to compromise the tools that the bad people use.
That's all well and good but there's a problem. The good people use the same tools. The good people don't use those tools for bad things, they use them because their friends use them. That's a lot of people using the tools. Mostly for good.
If the government compromise the tools to catch the bad people, they also compromise the same tools for the good people. If the government can get in on a conversation so can other people. The other people that can get in might want to ruin the good people's experience of the tool and might go beyond that and ruin a lot more.
I'm not saying anything new here. It's well known that in the past various services have been compromised by government agencies and that beyond that people who don't work for the government have got hold of the methods and used that information to exploit any amount of innocent people.
It's been said thousands of times. One must learn to protect oneself.
Linux distributions are FREE! The distributions come with encryption built in and other tools are free also. These can be easily added. The whole Linux experience can reside on a USB stick, 8GB is fine, and cheap. You probably have one in a draw that you're not using because by today's standards it's a bit small for your storage needs.
Google searches for "Linux cryptography" or "Linux steganography" will keep you amused for hours. Linux is easy to get to grips with. If you start with Ubuntu you'll be up and running in no time. There is obviously some learning to do but not a great deal. YouTube is full of 'getting started' videos.
The choice is yours. Be prepared for an onslaught against your privacy or keep your fingers away from your computer or mobile device.
Posted by MikiStrange at 5:39 pm No comments: