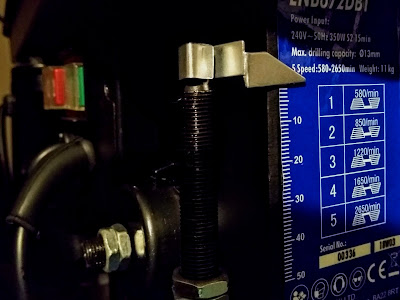 I think I can say that it has been a good day.
Sunday wasn't so good. The drill press that I had ordered from an online store arrived damaged. Not really their fault, the manufacturer's idea of decent packaging fell way short of what one would expect for an item of that size and weight. The online store were great. They issued a postage label for a courier and a refund.
The courier was supposed to collect today but never showed which was a waste of a day for my girlfriend. After a lengthy phone call this evening it was decided with said online store that I couldn't use my work address for the parcel pickup and it was too heavy for someone to deal with at a drop off shop. What was I going to do with it? They told me to take it to a recycling centre. Fair enough.
I've got that in writing also so the drill press will be recycled.
I'll find somewhere that deals with that kind of activity.
Shouldn't be too difficult.
Posted by MikiStrange at 9:47 pm No comments: 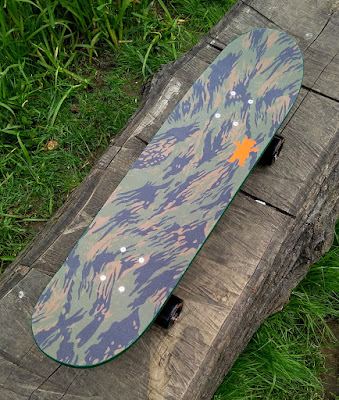 It's only taken 5 months from concept to completion but it's done.
The Poc||GTFO skateboard has finally been for a spin.
It all started in January while searching charity shops for books which is something I do a lot. In an out of the way corner was a neglected deck once owned by Alex B. I don't know who he is but his name was Sharpie'd onto the trucks. The weather had been bad for skateboarding for a long time and the goal was to make a deck for riding in bad weather.
After a lot of work and some substantial purchases I created the deck you can see in the pictures. It's worth as much as my "good" deck but I'll still ride it on wet tarmac. That's what it was made to do. 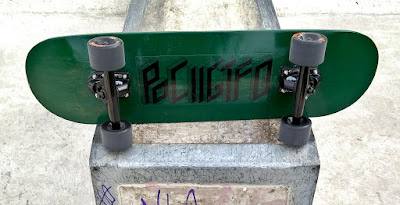 So why the PoC||GTFO name?
PoC||GTFO AKA Proof of Concept or Get The F*** Out is a hacker publication. It's something I read to keep up to date with security stuff.
My concept was can I hack a cheap Amazon skateboard into something worth riding? I think I've proven that.
Having cruised my local park yesterday I can say that it's definitely a decent deck now that it's totally transformed. It's blisteringly fast too.
And the weather now it's finished?
It's good so I'm off for a cruise.
Posted by MikiStrange at 2:28 pm No comments: