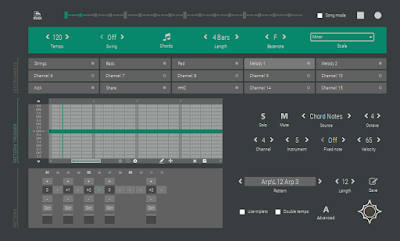 I'm usually a cat person but I'll make an exception for Sundog.
Sundog Song Studio is a piece of software that will help you write songs. The title gives it away really. It's like a really smart combination of lots of bits of software I've used in the past. You pick a key, choose some chords and then add melody and bass around the chord structure. You can also add rhythms. It's a case of tweaking until you're happy and you can then export a MIDI file to re-voice and add to in your DAW.
I have also been linking it to my MU100 and RM1x with great results.
Considering I'm running it as a Windows executable on Wine in Ubuntu Studio it works perfectly. It normally runs on Windows and Mac so if you're a musician in need of a backing band it's a fantastic addition to your musical arsenal.
Posted by MikiStrange at 3:18 am No comments: 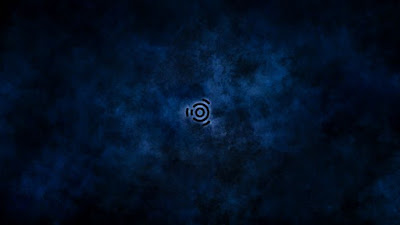 I spent all of yesterday evening trying to install Parrot OS.
The installation didn't work which is kind of a disappointment. I say 'kind of' because once I knew it wasn't going to work I installed Ubuntu Studio instead. Anyone that follows this blog will already know that I have a laptop with Ubuntu Studio already installed, so why a second?
My main reason is that I'm starting to write my own patterns for the QY series of sequencers I have. It's going to be useful to have various patterns all in one place so that when I've built up a decent collection I can mix and match the various elements.
The direction my music is going in will rely heavily on pattern based music. I've always liked the idea of that being not only the foundation of tracks but the whole track. It isn't uncommon in electronic music but I'd like to try a few different styles and create decent arranger keyboard type tracks. I think it can be done and I have all the kit and sounds I need it's just the patterns are quite generic and sound generic when they're put together to form tunes. My approach will hopefully be that you don't notice or at least if you do you don't mind. Something akin to a contemporary Mescherin. I like the thought but maybe I'm trying to bite off more than I can chew.
I've just been testing the theory tonight by re-voicing my Yamaha PSR-240 keyboard styles with the MU100 and the RM1x. The results were fairly impressive. If the pattern elements were changed a bit it would actually be pretty good.
If I get time in the week I'll work on a bit of MIDI syncing so that hopefully next weekend I can start writing.
Things are never that easy with MIDI though.
Posted by MikiStrange at 2:17 am No comments: