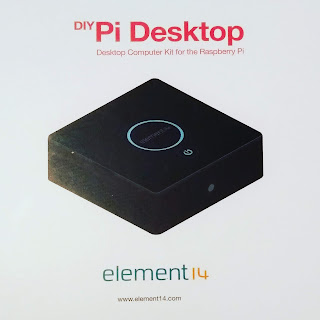 I know, I know. This stuff is taking a long time.
But wait...

If everything was instant there wouldn't be time to work out the finer details. Sure, I could build this project in as fast as the bits I need could be delivered but where would the mental system testing have room to breath?
Because when this system is built I need to air-gap it, how am I going to transfer the data produced? That problem, the one about moving air-gapped data to and from the machine was only solved tonight and involved another purchase which will take a couple of weeks to arrive. That's no big deal. For this to work I need time to build and program this machine properly. If there are mistakes to be made I'd rather come across them between here and the lake district on my nightly commute than while I'm overwhelmed with the excitement of a newly built system which I expect to work from the word go.

Patience may well be a virtue but in this day and age and for this project also it's a necessity. I want my TRNG to be robust, reliable and secure and so time spent now on future problems will pay dividends.
In the world of "everything now", preparation is still everything.
Posted by MikiStrange at 4:11 am No comments: 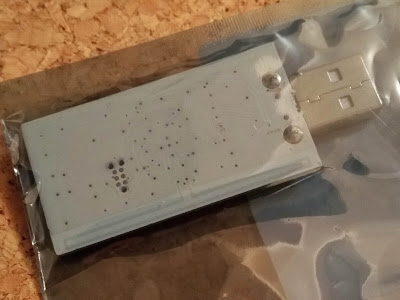 It's here.
As far as computing goes this has to be one of the most exciting days of my life.
That's a big statement, let me explain.
Ever since I got the encryption bug, the one thing that has been the most difficult to deal with is the creation of entropy within any kind of computing equipment I own. There are plenty of ways of doing this like flipping a coin or rolling dice but they're all too time consuming when you need to test new methods. There is also crypto secure pseudo random number generation which is great for making sure stuff works, but what about putting methods into practice? There never has been nor will there be a replacement for true random.
The USB device above from OneRNG and is an:


...avalanche diode circuit and optionally an RF circuit, whitened and presented over a USB/Serial connection.

This will feed a computer's entropy pool to stop the PC from grinding to a halt trying to create entropy by itself.

As I mentioned in my previous post this will be attached to a Raspberry Pi with a thermal printer. My aim is to use the RPi as an air-gapped PC that, on boot, will print out a series of random numbers which will also be saved in on-board memory. I'll have to write a start-up script but I don't think that'll be too difficult.
I have a few more components to buy and another couple of weeks before I'm up and running but at least the major parts are here.

Posted by MikiStrange at 4:03 am No comments: