Make Me A Maker 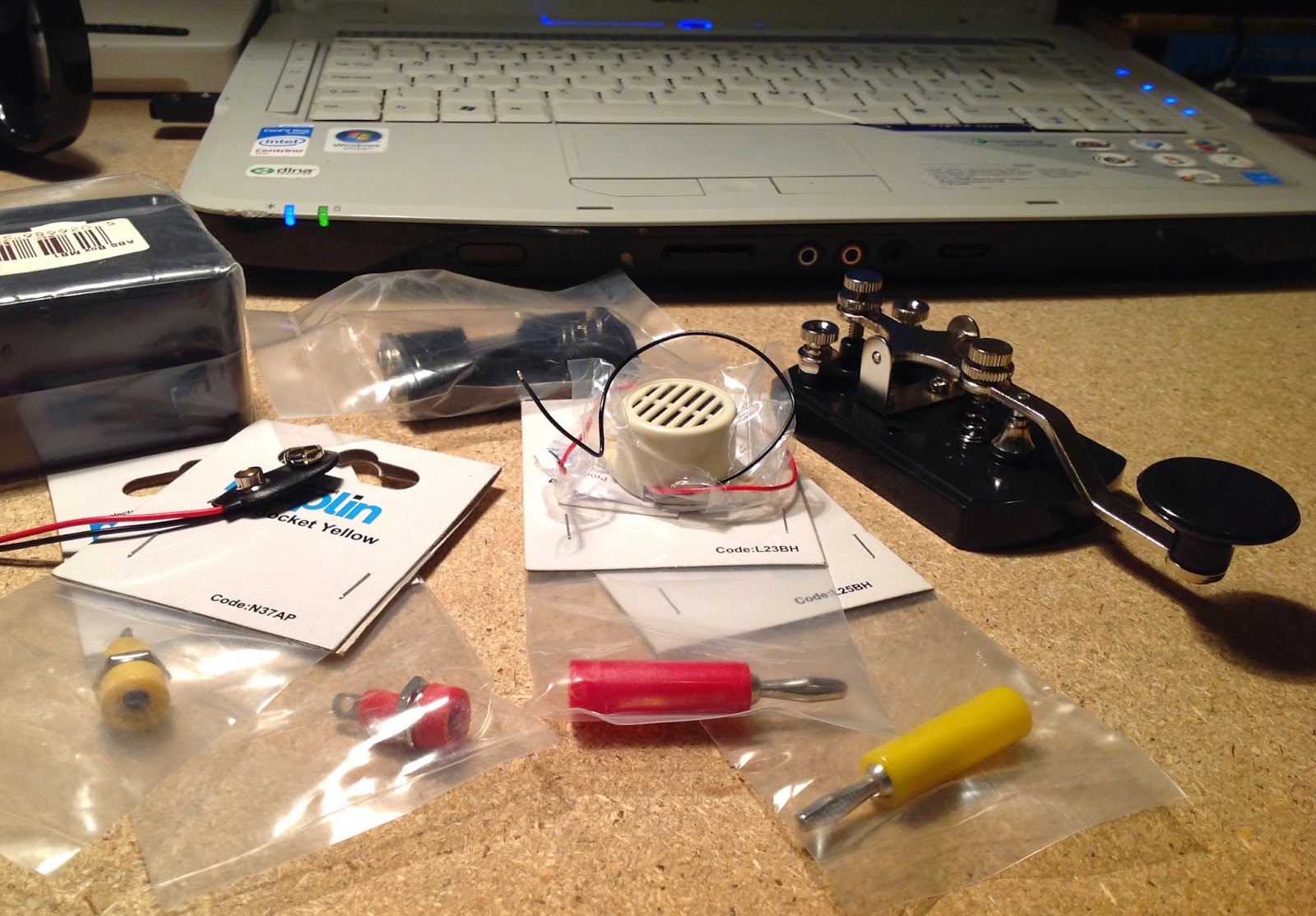 I got it for my birthday last week but I can't use it yet because I have no buzzer. I saw one on the internet but it was pretty ugly and it made me want to make my own.

To be honest I don't know very much about electronic circuits but I thought that a buzzer box was about as simple as it gets and that I should have a go. So while I was out and about today I popped into Maplin and bought a few bits. It's going to be a quiet buzzer because I want to practice my Morse without driving my girlfriend mad.

I'm also waiting for a steel base for the key so that it doesn't move around. This is where I need ConcreteDog living around the corner because it'll need a couple of holes drilling in it.

Posted by MikiStrange at 8:23 pm No comments: 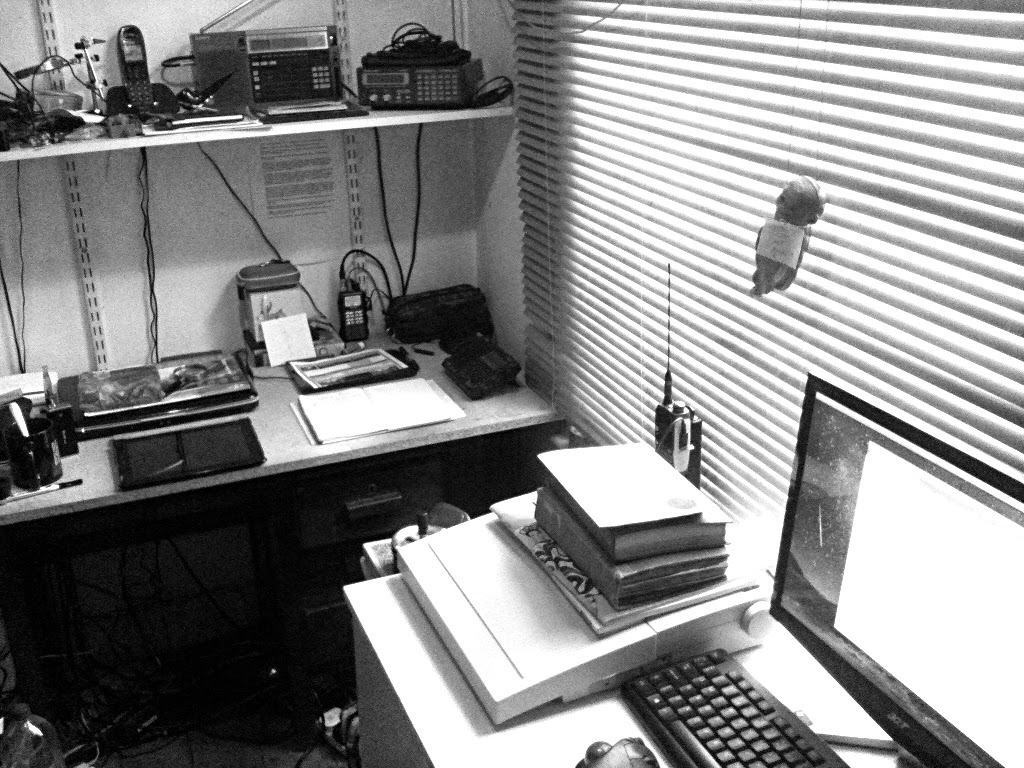 It's been a while since I posted here and I've been fairly busy. Here's what I've been up to.

I've moved things around a bit to create a radio shack for myself. This is in preparation for me hopefully passing my Foundation Licence for Amateur Radio. I'm currently looking at a few radios, one of which I hope to add if and when I pass the licence exam. I have a small Baofeng GT-3 which I'm itching to broadcast on but all in good time. I'm into doing this properly and legally.

I've moved both my laptop and desktop PCs away from Windows. The laptop got virused and it was going to cost me to have Windows re-installed so I took the opportunity to try and install Ubuntu. It went so well that I did the same for my desktop which was running so slowly that it was almost unusable. I'm really happy with both of the Ubuntu Linux installations, I don't know why I didn't do it sooner.

I've also brought my Canon StarWriter 30 out of retirement. It's a lovely machine to work on, it's very tactile. I have a reasonably sensitive document to work on this year and I needed a word processor that is air-gapped from both of my Ubuntu machines. I'll do my final editing on one of them and disconnect it from the web until the document is ready for final release. By release time the document will be available to everyone on a Creative Commons licence.

I'll let you know how the exam goes and which radio I buy nearer the time. For now it's SWL only and a lot of revision for the exam.
Posted by MikiStrange at 4:38 pm No comments: