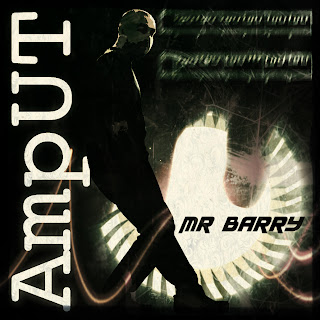 You can download the track for free from archive.org here.
Posted by MikiStrange at 3:35 pm No comments: 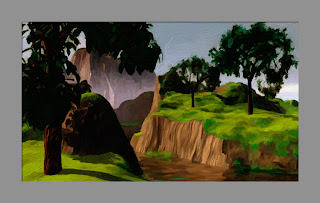 This has been a productive weekend.
So far I've been drawing, learning, making music and today I finished the digital painting above called "Sunset".
I made the original image in Bryce 3D and over-painted the brush strokes in Artrage. It's not exactly a skilled piece of artwork but it is all my own and I like it. I added the frame in PhotoShop to finish it off.
Tomorrow it's back to music making. I have some automation, panning and mixing to do before mastering the track on Tuesday. This Jubilee weekend is just what I needed to catch up on a few bits and pieces that needed finishing.
There's new stuff to start but that can wait until tomorrow.
I have biscuits to eat.
Posted by MikiStrange at 8:32 pm 2 comments: 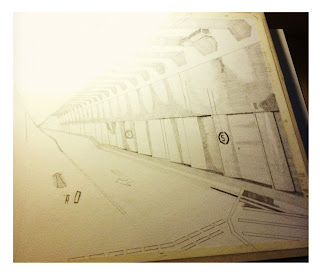 SubStraight is finished.
Here's a quick rundown of the how and why.
I blogged the original picture some time ago. It was taken in an underground tunnel in Birmingham, UK while I was doing a delivery to the building site above. I only had time to take a couple of snaps. While the photos came out OK I wanted a much darker version. I ran the photo through Photoshop, made it monochrome and turned down the brightness significantly while upping the contrast. When I was happy I printed off the original and my adjusted version as reference pictures.
I used the original to work out where all my perspective lines should be and get some of the smaller details that I needed for the picture. I used Derwent water soluble sketching pencils and worked quite lightly adding some light toning as the picture progressed. 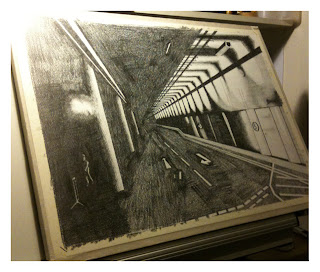 When all the light work was done I swapped between Derwent sketching pencils and Graphitone sticks, both water soluble until I had all the dark areas filled. This required two to three layers of toning and made an impact on the pencils. 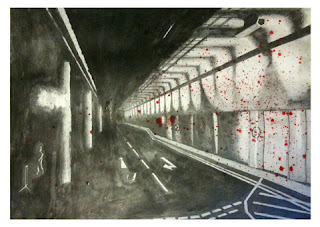 When the drawing was finished it was quite tidy and precise. I liked it but this was as much a drawing exercise as it was an affront to my tidy and precise demons.
I spent an hour with my Derwent water brushes and a jar of water and paintbrush attacking the picture. It was fairly manic and a little exhausting. When the paper was just about dry I used a very wet paintbrush with a Derwent Inktense block and scattered blobs of wet ink across the picture until I was done.
There we have it. One finished picture.
So what did I learn?

The main thing was that my tidy and precise demons are not demons at all. They're with me for a reason. It's the way I work to get the results I like to look at. After all I'm not doing this for anyone else.
Despite the image looking exactly how I wanted I now know that that little experiment is out of my system. It's time to revert to type.

So why the red ink?
It's fairly simple really. The picture is called SubStraight, a pun on the picture's contents. The correct spelling of substrate has the definition:

A substance or layer that underlies something, or on which some process occurs.

My take on that was that the underground tunnel was part of the life blood of the city, an essential vein of activity. That's the reason the ink is there. I've opened the vein to show you the life inside and some blood has been spilled in the process.
Posted by MikiStrange at 7:16 pm 1 comment: